to Adults & Children twice a week. 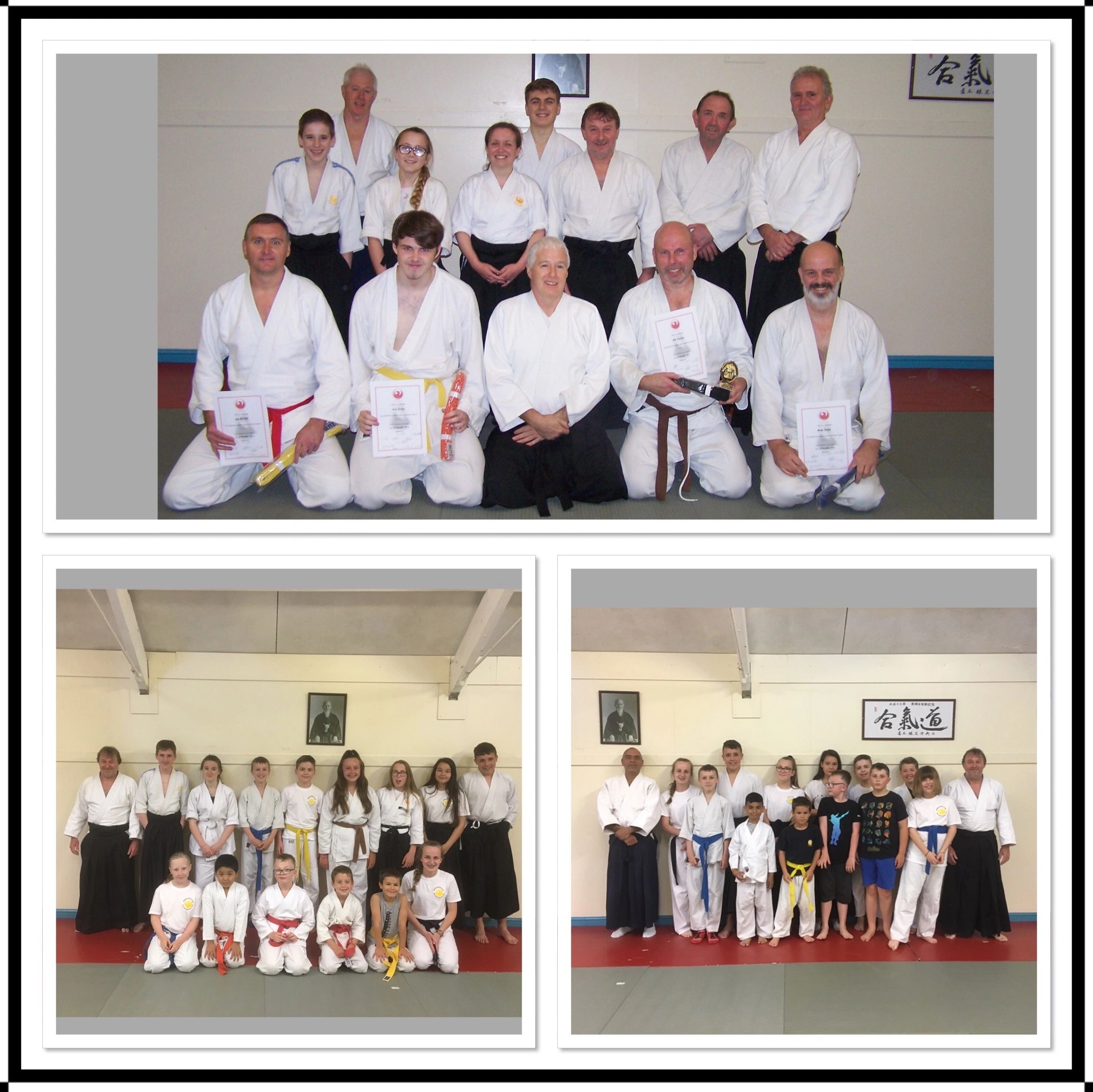 so if your thinking of starting there’s no better teacher than Sensei Paddy.

Aikido is an excellent martial art for children to learn  it teaches them how to look after themselves, how to avoid trouble and how to defuse conflict.also it’s a lot of fun.

Roy is a credit to the club with all the time he puts in to help, support and teach the children to a very high standed. He always looks for perfection in everyone he teaches.

These boys & girls are a credit to the club

They worked very hard in helping everybody achieve the next grades

If your thinking of starting please just pop down it would be nice to see you, your first lesson is Free so just be 10 minutes early for the class you wish to do.

Tracksuit bottoms and a T- shirt is fine.

About The Ffenics Aikido Club

The Ffenics Aikido Club family was created on the 27th December 2006 by the legendary Sensei Colin Pike who began practising and teaching in the art of Aikido in 1958 he was  influenced bye Sensei Chiba. But sadly Sensei Colin passed away in April 2013 and is missed by all.

All Aikidoka and new members are welcome.

What is AIKIDO anyway

Aikido is a Japanese form of self defence and martial art that uses locks, Holds, throws, and the opponent’s own movements which is very effective.

Aikido was founded by Morihei Ueshiba, referred to as O-Sensei

As a young man, Morihei studied many martial arts and developed his own style from all of these different arts.

O-Sensei was, and still is considered by many to be one of the greatest martial artists and a grand visionary whose search for true warriorship led to the creation of Aikido - the art of peace - a progressive and enlightened discipline practiced all over the world.

The Ffenics aikido club will remain close for at least one more month Putting us at the 1st September due to government guidance of the Coronavirus where we will reassess the situation...

we hope that all the students of the club and there family are well and keeping safe and will advise you to do some sort of exercises To keep yourself fit we look forward to seeing you all when this scary time is over. Stay in keep safe be well

There is a Club membership and insurance annually, costs £25:00 // your first lesson is free // it’s a Pay as you go club // The Ffenics Aikido Club is a None profitable Club, and Affiliated with Fudoshin Aikido Cardiff and all Instructors are DBS checked, First Aiders and registered with the British Aikido Board at WWW.BAB.ORG.UK

If you have questions about the Ffenics Aikido Club, send us a message. We will get back to you as soon as possible.